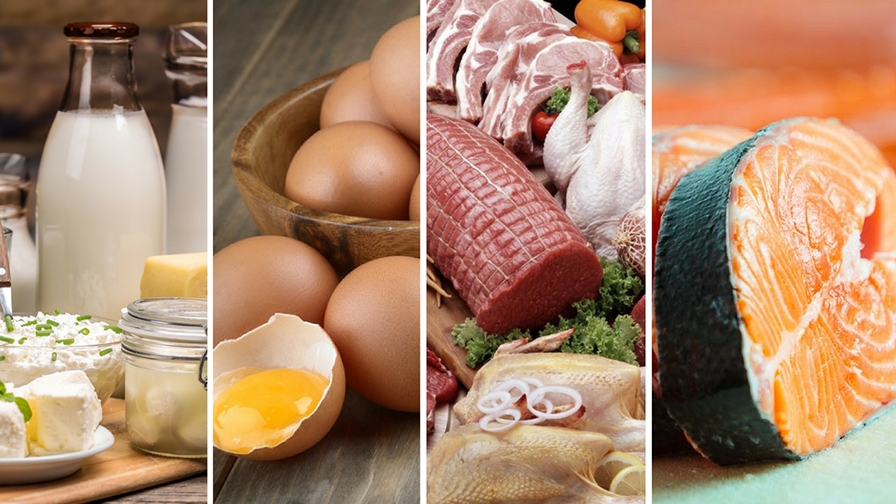 Some Muslims consider Kosher to be halal, as in, if it’s kosher then it’s halal. Although there is some cross over like the slaughter process, Kosher and Halal are not the same. It’s like the cross over between halal and vegetarian foods. Further, you will note kosher has far more strict conditions than halal does and Muslims do not make haram what is not haram.

Kosher is a word used to describe food that is in accordance with Jewish law and practice. Kosher is a word that comes from the Hebrew root, ‘Kasher’. It means to be pure, proper, or suitable for consumption. You would think it’s an Islamic word! Those who adhere to Kosher law, pay attention to what is consumed and also how it is prepared. Just as we Muslims should wjen it comes to Halal food.

The laws that provide the foundation for a kosher dietary pattern are collectively referred to as kashrut and are found within the Torah, the Jewish book of sacred texts.

There are three main categories:

Let’s have a look at some of them now.

Any meat permitted must come from ruminant animals, these are mammals with split hooves like cow, sheep, goat, oxen and deer. However, of these, only the forequarters are allowed like chuck, rib or brisket.

Meat from pigs, rabbits, squirrels, camels, or horses is not permissible, likewise any cuts from the hindquarter like sirloin or flan of ruminant animals.

The Torah lists a number of birds, mainly of a prey nature, that are forbidden, like eagles, owls, gulls, and hawks. Conversely, they can eat chicken, hen, duck, goose and turkey.

Not anyone can slaughter the animal. The person known as a shochet is trained in Jewish procedure of slaughter. The procedure involves severing the wind and food pipe using a sharp knife. There are further rules relating to the knife and ‘amount of severing’. The animal cannot be stunned prior to slaughter. The carcass is then drained of blood and checked for blemishes and only kosher suitable utensils are used to further prepare the meat.

Any milk or by-product must come from a kosher animal (as listed above). Rabbinical law requires that milk be supervised from the point of milking until it is bottled in order to guarantee that it comes from a kosher animal. But again, must have its own set of utensils.

The first two categories of Fleishig and Milshig should be kept separate. This is handling them separately, never mixing them and avoid cross-contamination. You need to use different sets of cutlery, crockery, cooking utensils and washing-up-bowls. If you wanted to use a dishwasher, then you must have a separate dishwasher for each. Parev can go alongside either like salad with meat or using the same utensils.

Cheese is made from using rennet from a calf, so any animal-based cheese will be non-kosher unless from a Kosher animal. Because of doubt, the cheese will need a rabbinical seal.

Jews also prohibit eating meat and milk together. One tradition asks for waiting for one hour in between the two, but another says six. Most Jews wait about three hours.

Fish is only considered kosher if it comes from an animal that has fins and scales, such as tuna, salmon, halibut, or mackerel. Water-dwelling creatures that don’t have these physical features are prohibited, such as shrimp, crab, oysters, lobster, and other types of shellfish.

Unlike kosher meat, fish do not require separate utensils for their preparation and may be eaten alongside dairy products.

Eggs are permitted from kosher meat or fish, but must not contain blood. They come under Parev and can be eaten alongside meat or dairy.

Fish and Meat can’t be eaten together. It is believed this is harmful to the body. But this is not as strict as the meat and milk, you can eat one after the other (separated with bread or some other food). You can also wash utensils together.

In their pure organic form, all grains are kosher, but some processing methods may make them non-kosher. For example, if animal shortening is used in bread, or a baking pan was greased in animal fat that is non kosher.

In their pure organic form, all fruit or vegetable is kosher, but must be inspected to ensure there are no insects or larvae present. If someone used a knife used to cut cheese and then fruit, then this will make the fruit non-kosher.

In their natural form, these are kosher, but again, the processing may lead to cross-contamination.

Wine is permissible and actually used on several occasions in the faith. The wine production process must be carried out and supervised by practising Jews to ensure they are pure kosher.

The Kosher London Beth Din was set up to identify kosher foods a number of years ago. Like the Halal logo, they have a logo too. This helps jews distinguish from products.

2 thoughts on “How well do you Kosher?”