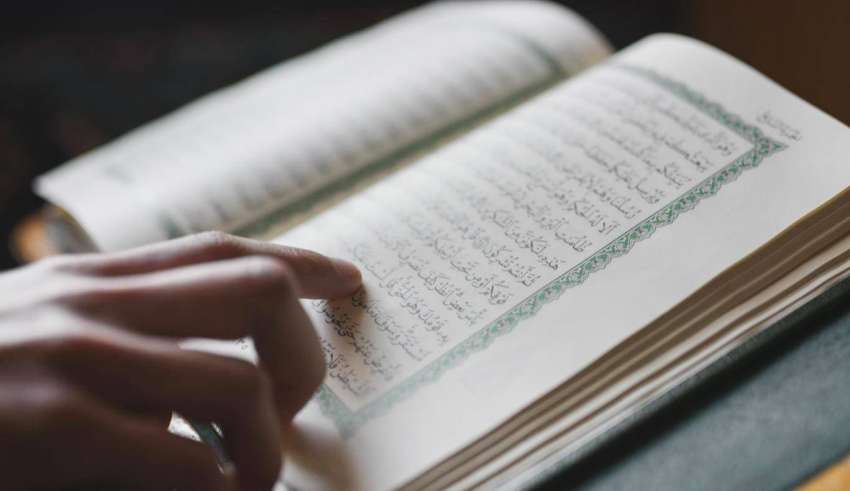 The Quranic verses contain various punctuation, some necessary stops and pause signs and others optional. Waqf means to stop in Arabic.

The rules come from the Sunnah and they have been recorded as places where the Prophet ﷺ stopped, or definitely stopped or sometimes paused. Part of the reason is to stop, reflect and comprehend the verse.

⃝ –  The Conclusion of Verse

“Waqf e Taam” represents the finishing end of a specific verse of Furqan e Hameed. It is also known as the “Perfect Stop”. It is represented simply by a circle at the conclusion of a Quranic line. The reciter has to stop here and take a breath before continuing reading further. It also shows the complete deliverance of the message in that sentence, so a narrator should look back at the verse, fully grasp its gist and get ready to learn about the following lines.

The sign of “Waqf e Laazim” bounds the reader to stop reading at this point, as the word laazim means imperative or to do at any cost. It is so because if one does not take a pause here, the entire meaning of the sentence will alter radically.

“Waqf e Mutlaq” is stop sign to indicate to the reader to take a pause in reciting the long passage by taking a breath and discontinue the recitation for an instantaneous period of time. It is better to stop here because it makes the reading process easier by fully grabbing the meaning of already read text.

“Waqf e Jaaiz” points toward completion of matter discussed in that fragment of the Ayah, so one needs to stop here, although it is not obligatory to do so, so that it can absorb the meaning discussed in previous part, and get ready to know about new matter in the following part of same verse.

The sign of “Waqf e Mujawwaz” means one does not need to take a pause and continue the recital process, although there is no prohibition on stopping here.

“Waqf e Murakh-khas” is a symbol that permits the reader to take a breath if the passage is too long for them, but highly advisable to carry on reading.

“Al-wasl Awlaa” indicates towards continue recitation of the verses with no need to stop.

“Qeela ‘Alayhil-Waqf” is a sign that shows not to stop recitation although there are differing opinions on whether to stop reading the verses or not.

“Qad Yusal” specifies about the permission of continue reading although one should stop here.

“Saktah” is a sign at which the reader should take a brief pause without breaking its breath before keeping on reading further.

“Waqfah” indicates the longer pause than Saktah with the same gist of not breaking one`s breath while taking the break.

لا – No Need of Stopping

One should not discontinue reading the verses at this sign of “Laa” as it would change the meaning of Quranic lines altogether, yet one can stop when it is used at the end of the Ayah with Circle Mark of conclusion.

“Kadhaalik or “like that” applies the same connotation of action as suggested by the preceding symbol.

“Mu’aanaqah” is a sign that signifies about stopping at either of the triplet included in it, with no discontinuation simultaneously.

“Waqf-un-Nabi” shows the parts of Quran where the Messenger ﷺ of God Himself stopped and took pause.

“Waqf e Ghufraan” is a symbol indicating a place where the recite and listener should stop to make a prayer in front of Allah SWT.

“Waqf e Manzil” is the sign indicating the Angel, Jibrael`s stopping and taking pause at the time of revealing the Quranic Instructions over the Holy Prophet ﷺ.

There are 14 places in the Qur’an where it is obligatory to perform Sajdah. Please note the Shafis say there are 15, twice in Surah Hajj.

These are the signs and symbols that are used in the Holy Quran, which have their own significance and meaning.