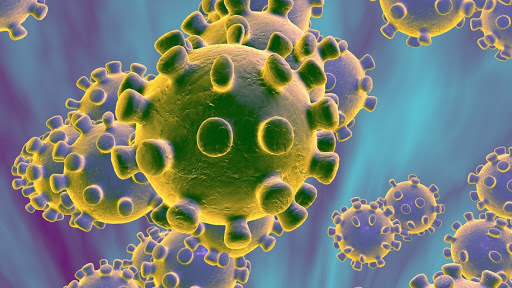 The UK is currently in a pandemic and this is affecting Muslims too. Here’s our advice to all Muslims.

What is a coronavirus?

Coronaviruses are a family of viruses that cause disease in animals. Seven, including the new virus, have made the jump to humans, but most just cause cold-like symptoms.

The new virus, officially called Covid-19, is also dangerous – so far, around 20 per cent of confirmed cases have been classed as severe or critical and the current death rate varies between 0.7% and 3.4%.

Where it came from?

The source of the coronavirus is believed to be a “wet market” in Wuhan which sold both dead and live animals including fish and birds.

Such markets pose a heightened risk of viruses jumping from animals to humans because hygiene standards are difficult to maintain if live animals are being kept and butchered on-site.

How is coronavirus spread?

Like cold and flu bugs, the virus is spread via droplets when a person coughs or sneezes. The droplets land on surfaces and are picked up on the hands of others and spread further. People catch the virus when they touch their infected hands to their mouth, nose or eyes.

How lethal is it?

This virus is like Sars and Mers, but it is nowhere near as lethal.

Sars, first reported in China in 2002, spread to 27 countries, infecting around 8,000 people and killing 700. It spread quickly at first but then died out.

Mers, on the other hand, is more tenacious. It first emerged in Jordan in 2012 and about 2,500 cases have been identified so far. It is more deadly than Sars and has claimed about 850 lives in total.

How to stop it?

Train the body to fight it

Restrictions on free movement and assembly, as well as aggressive testing, to interrupt its transmission entirely

If the virus keeps spreading, eventually so many people will have been infected and (if they survive) become immune that the outbreak will fizzle out on its own as the germ finds it harder and harder to find a susceptible host.

The following advice is based on advice from the NHS and the Government:

Wash your hands regularly for at least 20 seconds.

Stay at home if you have either:

only travel on public transport if you need to

work from home, if you can

avoid social activities, such as going to restaurants, theatres and cinemas

avoid close contact with people who have symptoms of coronavirus

use Islamic remedies like black seeds, zam zam and dates.

Tie the camel and trust in Allah

Sayyidina Nuh (عليه السلام) was warned of the flood and built the ark.

Sayyidina Lut (عليه السلام) was warned of the destruction of Sodom & Gomorrah and went out with his family.

Sayyidina Muhammad (صلى الله عليه و آله وصحبه وسلم) was warned of the attempt of his life and left Mecca.

This is not the first plague and whatever is to come we trust in Allah that it is for the better.

What to do if you’re at home

The British Board of Scholars and Imams which compromises of 100s of scholars have discussed the best way to deal with this situation.

Give the recommended salam when you meet people, but avoid physical contact, such as shaking hands or hugging. Maintain a safe distance – six feet is advised.

Being particularly careful about your interactions with (and care of) elderly or infirm members of your family, so as to ensure a reduced risk of transmission to them.

Firstly, if the government issues a directive banning public gatherings, this needs to be adhered to. Secondly, where there is Jumuah prayer, any high-risk individuals should NOT attend: not only is the obligation of Jumua is lifted from them but their attendance.

With this being understood, two broad opinions were articulated by BBSI members: (1) that of the continuing obligation of Jumua, and (2) the position that individuals in the UK are generally exempt from the obligation of Jumua prayers.

The BBSI came up with a clear majority of those consulted that – at this time and until further notice – the obligation of Jumua should be lifted from the generality of UK Muslims.

Supporters of the former position opined that either the current level of risk was not sufficiently high and/or that effective steps could be taken, such as interdicting high-risk individuals from attending the congregation, limiting congregation sizes, and so forth. However as numbers of infections have increased, more and more scholars favoured withdrawal.

It should be noted that there are additional risks associated specifically with mosques, including: the possibility of acquiring the virus from hard surfaces in the mosque, such as ablution areas, or from carpets during prostration; spreading the virus within the mosque when entering, exiting, and congregating; the usage of water and presence of bodily fluids; and the difficulty of managing attendance.

Individuals in the UK should avoid congregating in such enclosed spaces, which includes general congregational prayers at the mosque. The larger the potential congregation, the more strongly this is recommended.

The ruling recommended for the Tarawih prayers is the same as that of general congregational prayers. the Sunnah of Tarawih should be fulfilled at home.